I received my BSc (1993) in Marine Biology from Auburn University, and my MSc (1997) and PhD (2002) in Zoology from the University of British Columbia in Vancouver, Canada.  I conducted post-doctoral research at the NOAA Pacific Island Fisheries Science Center in Honolulu, Hawaii, and joined the faculty in the Department of Biology and Marine Biology at the University of North Carolina Wilmington in 2005.  My research interests are broadly defined as energetics and thermal physiology of reptiles.

Juanma is a marine conservationist with a BSc in Marine Biology from Jorge Tadeo Lozano University (Colombia) and MSc from Interdisciplinary Center of Marine Sciences (Mexico).  He is the Scientific Director at the JUSTSEA Foundation (www.justsea.org). As a Fulbright Scholar, he is conducting his PhD research on the biology and conservation of the highly endangered East Pacific leatherback sea turtle (Dermochelys coriacea). His research combines surveys, satellite telemetry, and physiological studies to assess the impact of fisheries interactions at the organismal and population level. 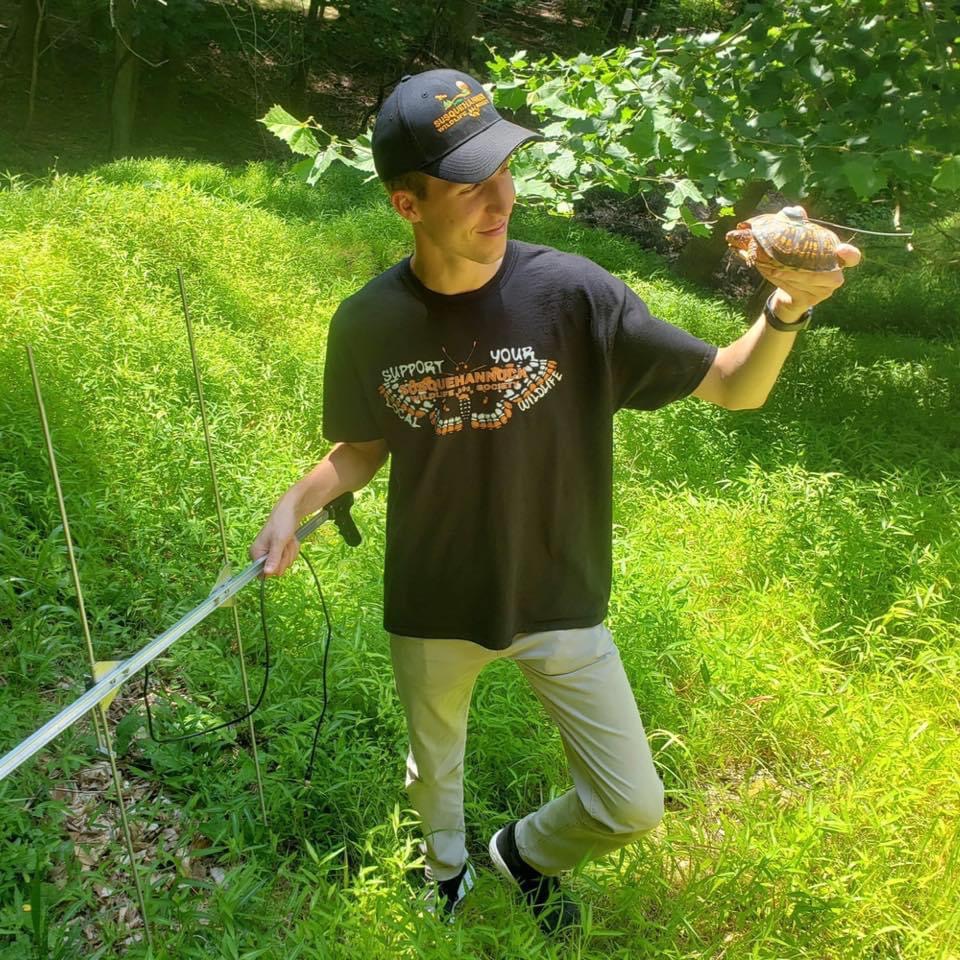 Brett received his BSc from Towson University in 2020. His primary research interests are in conservation biology and population ecology of reptiles and amphibians, especially species of concern. As an undergraduate he worked with state agencies and non-profit organizations on research projects and applied management focused on conservation of state imperiled species including Bog turtles, Wood turtles, and Eastern tiger salamanders. His MSc research focuses on Diamondback terrapin bycatch reduction in the North Carolina commercial crab fishery and genetic population structure of terrapins in southeastern North Carolina.

Jasmine received her BSc in Marine Biology and Oceanography from UNCW in 2019. Her primary research interests include biological oceanography and marine biology. Her undergraduate research included a directed independent study focusing on the gut microbiome of pygmy whales. Upon the completion of her master’s program, she hopes to continue her education and begin a Doctorate Program to eventually transition into a role in academia. Her MSc research focuses on the Osmotic Status of Diamondback Terrapins (Malaclemys terrapin) under natural conditions.

Morgan received her BSc from York College of Pennsylvania in 2016. Her undergraduate research focused on the movements of juvenile American toads (Anaxarus americanus) at vernal pools in south central PA. She worked with the Great Basin Institute and US Fish and Wildlife Service to monitor endangered Mojave desert tortoises (Gopherus agassizii). Her MSc research focuses on habitat use of diamondback terrapins (Malaclemys terrapin) at Masonboro Island, NC.

Sue received her BSc from the College of William and Mary, MSc from James Madison University, and PhD from UNCW in 2018.  She is the Senior Scientist and Research Coordinator at the Virginia Aquarium and Marine Science Center in Virginia Beach.  Sue’s PhD research at UNCW focused on refining estimates of sea turtle seasonal abundance and distribution in Virginia and Maryland using aerial surveys and satellite tracking.  She also used tissue samples to assess health status of sea turtles in this region.

Leigh Anne received a BSc in Biology from Davidson College, and completed her PhD at UNCW in 2013.  Her PhD research at UNCW focused on the spatial ecology and overwintering physiology of diamondback terrapins in southeastern North Carolina.  She is an Assistant Professor at Benedictine University in Lisle, IL.  Please follow this link to Leigh Anne’s website if you would like to read more about her current research.

Stephanie graduated from UNCW in 2012 with a BS in Biology and BA in Chemistry.  Stephanie developed a special interest in marine and estuarine turtles during her internship at the North Carolina Coastal Reserve at Masonboro Island. Her Master’s research focused on the diamondback terrapin (Malaclemys terrapin), with an emphasis on physiological and conservation aspects of terrapin interactions with crab pots.

James graduated from Rochester Institute of Technology in 2005.  His graduate research combined the use of satellite-linked data recorders and stomach temperature pills to document leatherback sea turtle (Dermochelys coriacea) foraging behavior.  James received his MSc in Spring of 2010, and now teaches Biology at Barnard College in New York.

Lisa received her BSc from Bowling Green State University in Ohio and worked for several years at the NOAA National Marine Fisheries Service Beaufort Laboratory.  Lisa used skeletochronology to assess age and growth in green sea turtles for her MSc research at UNCW.  She received her MSc in Spring 2009.

Jessica received her BSc from Southampton College of Long Island University.  Jessica investigated the behavior and movements of sea turtles released alive from fishing gear, with the ultimate goal of refining post-release mortality estimates used for fisheries management.  She received her MSc in Spring 2009.

If you are interested in pursuing graduate research in the Williard lab, please forward a statement of interest and current CV to Amanda Williard at williarda@uncw.edu.  Thank you!